Why is the Young Generation Depressed?

It’s the 21st century; the age of information, the era of technology, and the time of the youth. Social media is on the rise, and actual human interaction is considered overrated and a waste of time. Today a person is judged not by his character or integrity but by the number of likes he has on his profile picture.

At the same time, the beauty, energy, and joy of youth are lost. Today in our country and all over the world, depression ahead of many pandemics has proven to be one of the biggest cause of suicides. According to a study conducted by ICICI Lombard in 2017, 65 percent of individuals between the age of 22-25 have shown early symptoms of clinical depression. Not to mention many of these cases are never officially diagnosed because of the taboo that mental diseases are in India. According to the study, the top causes for depression in young people are low income, sleep deprivation and a low level of mental awareness and wellness.

In the past few decades, the standard of living in India has improved steadily. With it, the nature of problems a common man faces has gradually shifted -and is still shifting- from physiological to psychological. Twenty years ago finding clean water meant walking several kilometres to and fro.

Though these problems have not disappeared completely; they have subsided to a large extent. Hence the citizens of developing countries such as ours amidst the advent of science and technology have started suffering from what the society calls ‘First World Problems.’

That is a misnomer by the way.

In 2019, all individuals from 12-year-olds who just started puberty to 70-year-olds who have seen everything in their life, have struggled from depression and/or anxiety at some point in their life. However, due to the faulty education system, ever-rising unemployment rates and of course the unnecessary and unfair cutthroat competition, the mental stress is focused primarily on the 18-25 age group.

Teenagers below 18 are also prone to these diseases, but because they are dependent on their parents and live with them, the stress is somehow managed. After 18 more often than not, they have to leave their hometown in search of better colleges and a vague sense of freedom. This overrated freedom, however, comes at a steep price. Dwelling far away from their parents and their loved ones amidst people who don’t necessarily want their good, these undergrown teenagers inevitably start manifesting stress and tension in their minds which are still developing. After three or four long gruelling years the same lonely children are thrown facefirst into a new challenge. In search of a livelihood, they join a multinational company, where they indulge in work which isn’t remotely close to what they have rote memorized -not learned- in college.

Living far away from home, working in a job which is both dull and unchallenging, in a and that too in a city where everybody is roaming like a robot in search of the promised land, their own mind turns against them. The freedom that they once enjoyed dons a dark mask. This perennial loneliness, hence, becomes the precursor of a life full of depression and anxiety for these forcibly grown-up kids.

The stress peaks during the age 25-30 years phase when this same horde of mentally numb individuals is expected not only to have a successful job but also settle with an equally successful partner. These expectations, of course, are set by society, and we all know how hard to match and particularly damaging these unrealistic yardsticks can be. Everyone is expected to have a three bungalow flat on Juhu scheme with a spouse who looks like a model. The garage should house atleast three cars, and the couple should frequently holiday in exotic foreign destinations. 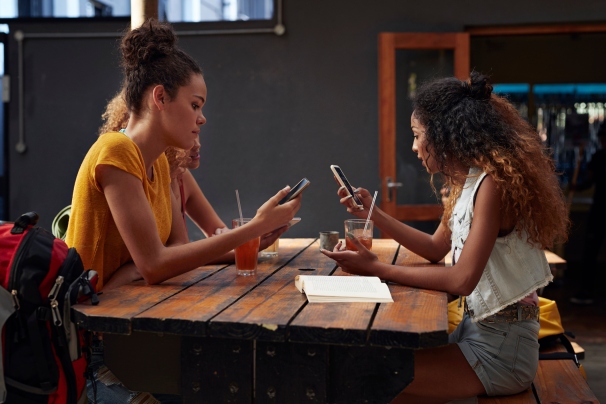 Add to that the newly invented life mirror which distorts everybody’s reality to suit a dystopian mirage: Social Media.

Today in the world of Facebook, Twitter, and Instagram which is full of filters and exaggerations it seems everyone except you is successful and happy. This deepens the small scar, widening it into a chasm which takes roots deep inside a person’s psyche. It goes without saying that the other supposedly happy people are going through the same things and the public display of success that they do is nothing but a way of fooling themselves. This illusion inevitably breaks one day resulting in a personality crisis.

Continued on Next Page…