It was a combination of awe, emotion, and pride. The end of a legend came this 3rd March when Hugh Jackman hung up his claws for good. Seventeen years after we first saw Jackman in the legendary role of Wolverine which more or less defined his career, we now see the end of a story that for many of us has become a lot more than an ordinary movie franchise. Wolverine for the X-Men franchise has not only been a central but a very complex character. It has at every turn given a chance to the audience to experience the basic questions of the human condition alongwith some pure entertainment. The character has continuously asked a question that every person asks himself at some point of his life: Do I deserve to be happy? A very realistic and emotional answer can be found in the cinematic journey of James Howlett, from the moment he woke up to gaze at Jean Grey in Xavier school to his final moment he laid eyes on Laura.

The first moment we lay eyes on the old and weary body, as the movie starts, we know it’s not the same Logan. The starting fight gives a look at what has happened to a once seasoned warrior. The rugged body and Adamantium claws were the same; the fiery rage still there. But the punches were slow and his fight more of a resistance than the familiar revolt. The monster was tamed and tired. The flame was still there but the torch was worn out from the years of battle with his own self and the world. For many of us, the numerous fights throughout the movie became more of an emotional experience than entertainment, as Wolverine was taken down continuously by mere human thugs.

It is 2029 and Wolverine is now a Limo driver, struggling to make a living. He’s trying to come up with money for buying a boat in order to sail away to his end, with his long time mentor and the only companion Professor Charles Xavier. He also has started listening to people; seriously unlike Wolverine. But as usual trouble comes seeking him in the form of a small girl, who is coincidentally the same age as he was when he first discovered his powers. And as usual Logan falls for helping those in need, in a last hope for redemption. Interestingly, the movie lets it remain a mystery as to what exactly happened to the other X-Men -and mutants for that matter- possibly in plans of quenching the suspense in the upcoming additions to the franchise.

The movie Logan from the start focuses on the leaving of Hugh Jackman and consequentially the character of Wolverine, but not ceremoniously. On one hand as it bids adieu to one of the most memorable cinematic characters of the past two decades, it introduces a new one. Laura (Dafne Keen) who not only has the healing abilities like her father Logan but also our favorite Adamantium claws, makes for a natural replacement for Wolverine in upcoming X-Men movies. Just like her father she has a natural penchant for going berserk and killing people. So much so that the speed and agility at which she takes down people with her claws feels almost unrealistic at times. But the resemblance doesn’t end there. Like Logan she longs for a home and a family. She longs to be normal. It’s clear by the cute but distant smile she gives while dining with a real family. As the tormented story of our own Kuzuri comes to a close, the mantle passes down to his daughter Laura –formidably known as Lady Wolverine- to carry on the name of Howlett family.

I must say the character development that has been shown by 20th Century Fox for prime characters like Mystique, Professor X, and Magneto in the past few X-Men movies is commendable. The end of the path for Wolverine gives the best example for the devotion of the studio for gradual changes in a character, as it goes through the different plots and movies of the franchise. Of course it’s very emotional and sad to say goodbye to a great character and a great actor at the same time but such is life. It was a very good ride this far and we as audience wish nothing but success for Hugh Jackman in his future endeavors. 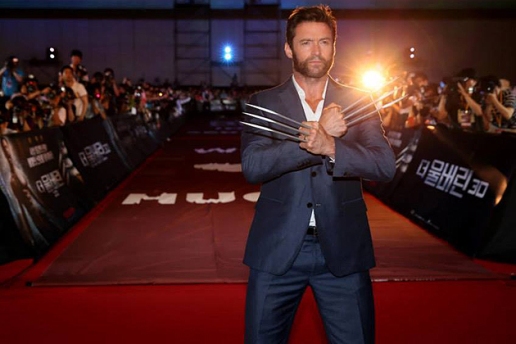 Yes, the movie ends with the death of Wolverine and sadly so. The last howl of James Howlett reverberated across the theater as he got ready for the last fight of his life. What followed was an epic and ruthless battle between X-24 and Logan. It appeared like a metaphorical battle between Logan, and the soulless animal he’s been trying to overpower his whole life. Also, it was almost surreal to watch the father-daughter duo fighting back to back. It felt like Logan after a lifetime had found his match; his partner in his misery and fight against the world. 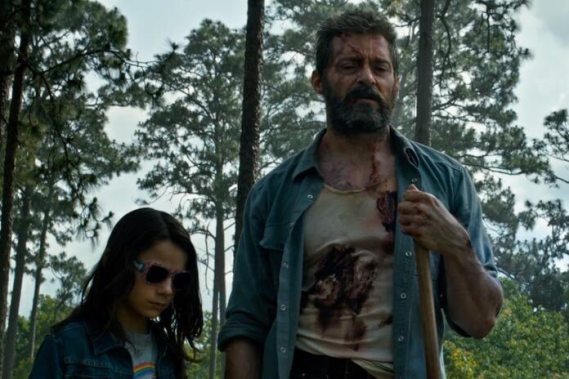 With his dying breath Logan tells her daughter to not be, what they made her. The man had been denying and running away from his destiny all his life, and on realizing that fact he passes his destiny down to his successor, in hopes that her life is not a replica of his. The expression resembles the one he had when he killed Jean in X-Men: The Last Stand (2006). An expression where he doesn’t want to leave a loved one but knows there’s no choice. Only this time it was he who was leaving.