The Fate of the Furious Review

Watch it. Like right now. If you are bored and have nothing to do.
If you have something better to do or your girlfriend is visiting after a while or so, don’t make the mistake of taking her to this movie. She’ll drive a car over you.
Vin Diesel’s girlfriend might’ve done the same thing when he kissed Charlize Theron. Or not. 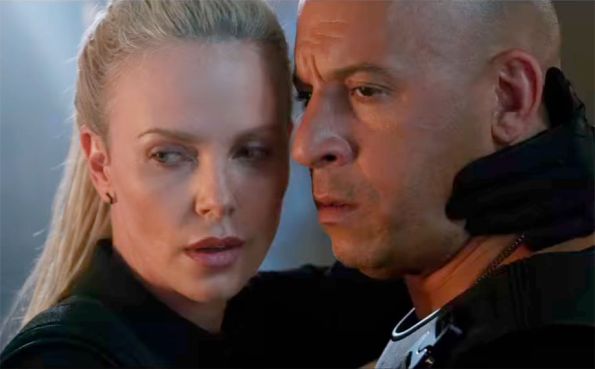 On a serious note though, a positive shock rolled across entire India when amidst movie posters with a release date of 14th April, The Fate of the Furious released across the country two days early on 12th April. Inspite of starting the shows at 3:30 p.m. on a Wednesday its business for the day was more than any Hindi movie does in a regular week. There was a frenzy across the theaters with people going to ask about the release date in the evening were found sitting half an hour later at the same hall watching Furious 8.
The Fast and Furious franchise has once again proven how focused it is on the Indian audience and how far they can go to cater to their loyal fans in the country. The same fans who helped get the 7th part of the franchise to the 100 Cr. mark look set to do the same for the 8th part. In three days from Wednesday to Friday, the movie has made 40 Crore with the box-office total witnessing an upward trend with each day. I don’t know about the whole world, but the ‘Fate’ of the Furious looks indeed bright in India.

Like any other movie in the franchise, Fast and Furious 8 starts with a race between Dom and some poor soul who’s destined to lose. I mean these people never learn, do they? Why would a sane person sign up to race with a guy who has ‘Diesel’ in his surname is beyond my understanding. 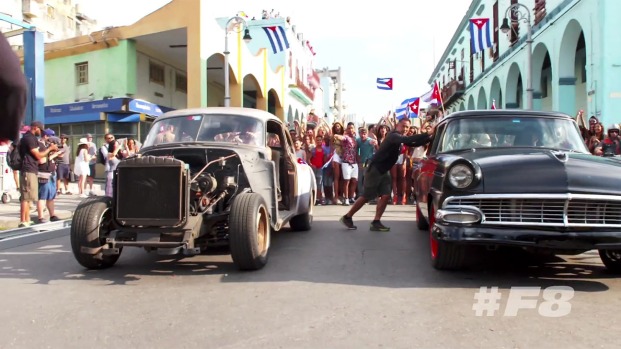 Dominic Toretto (Vin Diesel) is dashing across Havana in a broken down old Chevy. Even when the age-old rickety car almost breaks down and burns during the race, Dom manages to win driving backward. Not only the race but the heart of his competitor as well by letting him keep his car. So, a familiar start to the movie although with something different.

This actually should be the tagline of the film. Everything in the Furious 8 is same as the previous movies except that everything is meant to one-up the previous one, and the ones before that. If Dom and his gang were flying away from one skyscraper to other and shooting out of planes in the previous movie, they are chasing a Nuclear Submarine in Russia and holding a car with several grappling hooks in this one. 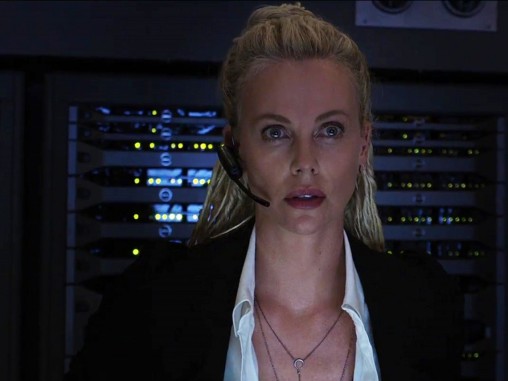 The only substantial difference in this one is the betrayal of Dom with some encouragement from Charlize Theron aka Cipher. It might seem surprising for some members of the audience when Dom betrays his whole team -or family as he likes to call them- after a short visit from Cipher. It wasn’t for us, however. From whatever Cipher shows Dom, in the beginning, to force him to change his heroic ways; it was clear that someone from his family has been held captive. Therefore it really isn’t a betrayal on Dom’s part; just wishful thinking on Cipher’s part to think she could control Dom for long. 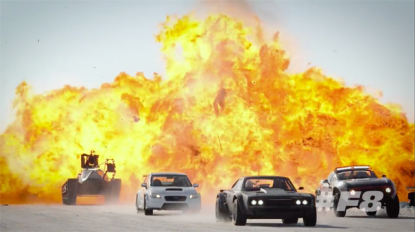 The pace of the movie is quite fast getting slow sometimes in between to accommodate necessary plot expositions to explain to the audience why the cars are blasting and heroes fighting amongst each other. In short, it is a familiar entertainment blast with very little of what we can call a plot, but a starcast and action sequences that live up to the hype.

What follows Dom’s betrayal is a high-speed global chase with The Rock, Jason Statham, Michelle Rodriguez and rest of the team on his tail all the way from Berlin to Russia; dazzled every time in front of Dom’s sheer will and superhuman driving. I’m half sure after this movie series Vin Diesel will be made the ‘God of life-threatening driving.’ 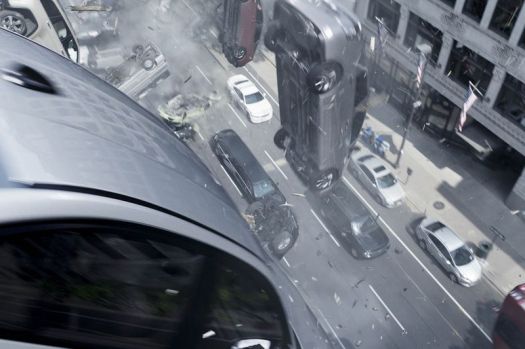 All of the team except Letty is confident that Dom has gone rogue without anyone bothering to delve into the reason why he would’ve done so. It sure provides an uplift to the humor and entertainment quotient, even though it’s quite illogical for a friend of Dom to think he’s lost his way after seven movies of character development. 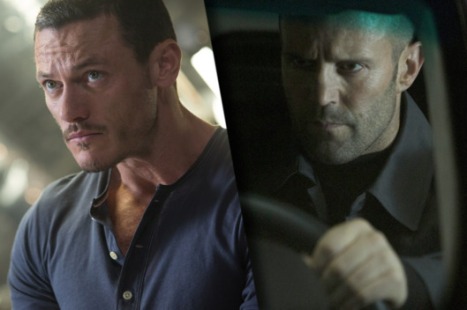 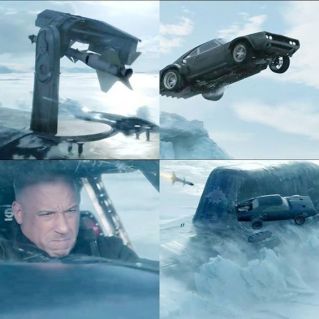 There are also quite a few resurrections and jump-scares that happen. One of that is the return of Luke Evans for the climax. He is seen fighting Cipher and his gang back to back with his recently-deceased brother Jason Statham. The Shaw brothers change their evil ways to end a two movie long rivalry with Dom and retrieve the ‘family’ Cipher had been holding captive with her. In the process, they let Dom go free to help his team in a final race against time and a giant nuclear submarine. 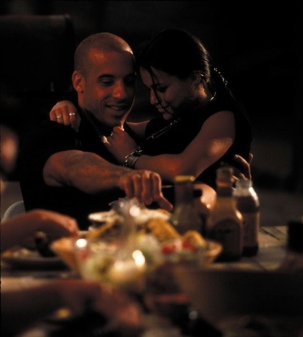 A well-developed but unnecessary and forcibly acted love-story of Dom and Letty is the most fringe part of this franchise I reckon. It isn’t skipped in this movie too. When Dom turns on his family, Letty finds herself in a dilemma. Short moments when Dom and Letty are left alone, they indulge in slowing down the pace of the movie, with sheer bad chemistry and some mumbling from Vin Diesel.

Another one is the exposition from geeky characters like Ludacris and the curly haired hacker whose name I forget every time. It actually would be entertaining if Ludacris or even the audience understood half of the hacking mumbo-jumbo that makes up 80 percent of their team’s plan. What it boils down to constantly is rambling of a scheme that no one understands, but everyone tolerates for the sake of moving the plot forward. 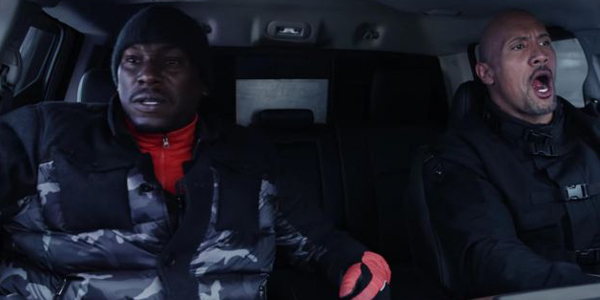 A positive one though, is the comic relief provided by periodic witty remarks from Rock and Jason Statham; and crazy but funny acting of Tyrese Gibson. The goof-ups and flawless comic-timing of Tyrese helps to let loose a couple of laughs, and keept the mood light. 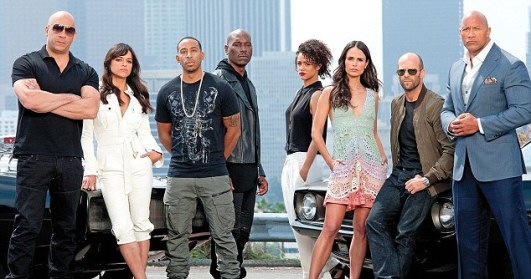 Why are there so many bald guys in this movie?

When it comes to character development and integrating parallel plotlines, Fast and Furious series has always been quite weak. In my opinion, as long as there are larger-than-life vehicle stunts, some cheeky humor, and a healthy proportion of bald guys in a Fast and Furious movie it will be liked and appreciated by the audience. Still, when we come to the reason for which film’s antagonist gets on to steal some nuclear codes and launch a nuclear missile, it is -as usual- baseless and illogical. I mean, in almost all movies nowadays it has become a kid’s play to steal a country’s nuclear launch codes and then use them. In the end, you only know that somebody ‘took’ some codes for a missile, tried to launch it, and was stopped by the good guys. Why exactly that happened is something no one knows, including the scriptwriter and director. 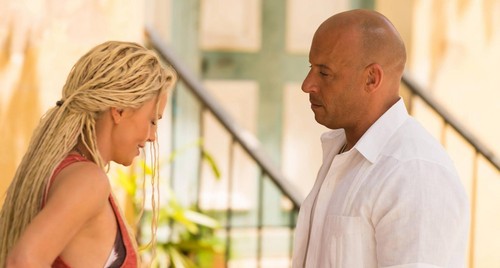 Cipher’s and Dom’s characters although fierce are superficial and not very deep. Their motives are rising out of writer’s whims and the necessity to entertain the audience. It, no doubt, works for the public as well as the producers. For how long though, I don’t know.