Bahubali: The Man Who Defeated a God

It is said that stories are truer than the truth for they are manifestations of the dreams that even reality can’t dare to fathom.

The tales of a God lost in the wilderness finding his beloved, an illiterate girl growing up to be the goddess of knowledge, or a dacoit transforming himself into a sage. Where I come from, stories like these are privy to only a handful of people. The storytellers of Himachal Pradesh have been recounting the stories of the old of the land of the gods since time immemorial. Even though they are closely guarded secrets, all it takes is a watchful eye and a curious ear to pry them off of those storytellers of the gods.

This is one of those eternal stories that nobody has written down, but everybody in North India knows. It is the story of a man who became so powerful he defeated Shree Krishna, the mighty god who considered to be one of the greatest gods of Hinduism. The name of that man was Baba Bahubali.

The story of Bahubali, aka Baba Bali, is an old one. Though the story of his glory has not been passed down or taught through scriptures and epics, he remains an important religious figure in North Indian states of Himachal Pradesh, Haryana, and Punjab. Unlike, Shree Krishna -the god he fought and defeated- Baba Bali has been kept alive through whispers and unkept promises of secrecy spreading around like wildfire.

Sitting around the ritualistic fire, people recanted the feats of strength of the ancient God of Strength. Somewhere down the line, however, a veil of secrecy shrouded the original story of Baba Bali. The secrecy came not only due to the deity being attached continuously to occult practices in North India but also because he was surgically erased from our history.

Why? Read on and find out.

Though it may seem like it, one of the reasons for suppressing loud claims of Bahubali’s strength was not because he defeated one of the greatest gods of Hinduism and his brother. Shree Krishna was many things but a liar. Krishna was not responsible for ordering a widespread boycott of Baba Bali. He was also not responsible for punishing and ostracizing everyone who dared repeat the story of how Baba Bali was betrayed and thrown out of the society he had sworn to protect.

No, the threat came from somewhere close.

The story of the cold betrayal started when Baba Bali was not even born. This tale is of the time when he was not called Baba Bali or even Bahubali. He was not the god of strength yet, and his name was not resounding across the four directions. His name was Chano, and he was the son of Kailash, a king of the Mahishmati clan of present-day Madhya Pradesh.

A descendant of the famous king Sahastrabahu or Kartavirya Arjuna, King Kailash was a just king in the Dwapar Yuga, and his subjects were very happy in his reign. However, the king had one worry that ate him from the inside every day. He had no heir to carry off his legacy into the future and keep the family name alive. When asked by his ministers, the king explained his predicament with tears in his eyes. The ministers advised Kailash to pray to their family deity or Kuldevta, Lord Shiva. 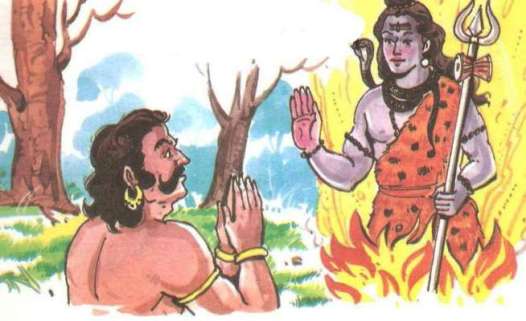 Defeated from all sides, Kailash went to the mountains of Himalayas and prayed as hard as he could. After several years of hard penance, Lord Shiva appeared before Kailash happy and satisfied with his devotion. On Kailash’s request, the great Mahadeva granted him a boon of four sons. Shiva also said that his fourth and youngest son would have arms as colossal as the sky and the power of mountains coursing through his veins. His physical power would become famous throughout the Aryavarta (present-day North and Central India), and he will come to be known as the God of strength.

Soon after, the queen gave birth to four beautiful and healthy sons. They were named Kano, Bano, Sadur with the youngest named Chano (pronunciation Cha-know). At the time king Kailash or no one for that matter knew that Chano will one day become famous by the name of Baba Bali. 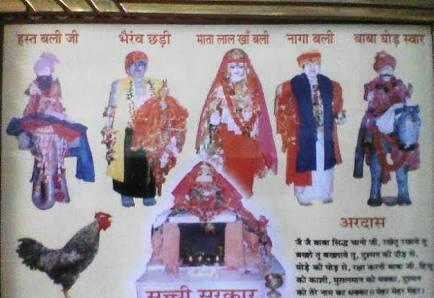 As they grew, the four princes became the darlings of the people. They were revered by the entire kingdom and were treated with love and respect everywhere they went. To prepare them to be future rulers, the four princes were taught in the fields of warfare, politics, and Vedic knowledge.

However, it was not long before it became clear that the youngest one was different from the lot. Chano was exceptionally powerful for his age and in combat and the knowledge of weapons, he always displayed the upper hand. At ten years of age, Chano could drag a chariot of eight horses, and by 12 his one punch could dismantle an entire stone pillar into nothing but rubble.

With age, Chano’s strength only increased. Such was the effect of Lord Shiva’s boon that before he was 15 years old, Chano became famous all over the Mahishmati Kingdom as Bahubali, which translated from Sanskrit means ‘someone who has immense power in his arms’. The stories of his feats started spreading from the mountains to the entire nation, and people started coming from far-flung places to see him perform feats which were challenging even for the Gods, let alone the humans.

The boys kept growing, and the kingdom started seeing in them their future rulers. However, in the household of the king, the times were just beginning to take a turn for the worst. No one but King Kailash knew Chano was a gift from Mahadeva and thus he never grew tired of singing his praises and claiming how great a ruler he would prove to be. However, three sets of ears wanted nothing but to get rid of these praises.

These sets of ears belonged to Bahubali Chano’s three elder brothers. But how did they oust Chano from the kingdom and how did Chano came close to defeating Shree Krishna himself. Wait for the second part in the Bahubali series to find out.