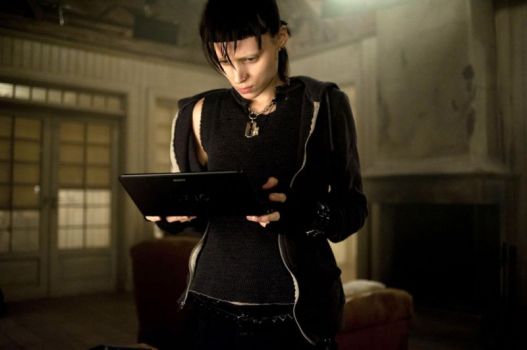 Girl with the Dragon Tattoo. Yup Rooney Mara is the one who played the iconic character of Lisbeth Salander in that movie. If you still can’t relate Lisbeth with Rooney Mara, try imagining the auburn-haired beauty body piercings and without eyebrows. Get the picture now? Although the gorgeous actress from New York has not done many movies in her career, she has demonstrated her ability to portray diverse characters in her short acting stint. Other than Girl with Dragon Tattoo, she has played a deranged girl with some deep-rooted mental issues in Side Effects (2013) and a shy lesbian in Carol (2015) opposite Cate Blanchett. Right now, we shall call her a princess of disguise. In the coming years, we hope she’ll show more of her hidden talent.

An actor that set his name in stone after the Dark Knight series, Tom hardy is a hidden gem of Hollywood. After seeing Heath Ledger as Joker, nobody would have imagined in their wildest dreams that the character of Bane would be able to come anywhere close to him. Tom Hardy not only proved the audience wrong but also established himself as a king of disguise. Other than the legendary character of Bane, he has played many other diverse ones in movies like The Revenant (2015), Mad Max: Fury Road (2015), and Legend (2015). In the movie Locke (2013), for instance, he carries the entire plot on his shoulders, playing the role of a conservative and righteous man who, in one night, goes through an upheaval in his life. On the other hand, his role as John Fitzgerald in The Revenant shows his expertise in impersonating an extreme human emotion: anger. Add to it the double role in Legend and the out-of-box acting in Mad Max: Fury Road, and you’ve gotten yourselves a perfect master of disguise.

Cate Blanchett started her acting career way back in the 90s but had a rather quiet beginning. It wasn’t long, however, that she picked up the pace and carved out a niche for herself in the tinsel town. Cate has a fondness for multilayered and profound cinematic roles and is known for her effortless dialogue delivery. Her eccentric roles in movies like The Lord of the Rings trilogy and Hanna (2011), and comparatively dramatic ones in Carol (2015) and Blue Jasmine (2013) have been equally appreciated. Her excellent acting talent is demonstrated by the fact that she has received two Oscars, one for The Aviator (2004) and another for Blue Jasmine. On top of that, she showed an entirely different side of her in the Thor: Ragnarok (2017), where she played the role of Hela, the Queen of Hell. I don’t think I need to stress more on the point that she’s an expert when it comes to changing skin with every new movie.

This actor lost around 30 kg for his role in The Machinist (2004) and then gained it again for the Dark Knight series. If you compare his looks in these two movies, you might have difficulty believing it is the same person. The agility with which Christian Bale changes his cape when it comes to his character choices is worthy of applaud. Although there is always an underlying consistency with which he approaches his roles, the subtle diversity that he builds on that fixed base is what sets him out from other actors. When you look at the characters, he has played over the years in movies like American Psycho (2000), Reign of Fire (2002), Equilibrium (2002), and The Prestige (2006), you realize this is one actor who has worked hard to play a variety of roles and justified every one of them. His dedication to bringing out a new flavor in each of his movies has earned him four Oscar nominations and a win in the supporting role category.

You might remember this bizarre actress from the Harry Potter films. Her character of Bellatrix Lestrange was appreciated and recognized so much that she started being identified with the said character. It is a comparatively less known fact, however, that she has portrayed many roles, each of them drastically different from the other. By many, she is considered to be the female counterpart of Johnny Depp and rightly so. She practically walks hand in hand with Depp in many of their shared movies, complementing and completing his aura. Just like Depp, she shares a certain peculiar similarity across each of her characters. Still, she has carved a niche in the minds of the audiences, with her sense of quirkiness and disregard for traditional acting methods. Of course, when she goes out of her way to play a comparatively ‘normal’ role, it acts as a disguise, sometimes fooling the audience. Some examples of that include Suffragette (2015) and The King’s Speech (2010).

The White Queen in The Chronicles of Narnia series, Ancient One in Doctor Strange (2016), and Madame D. in The Grand Budapest Hotel (2014). These are just some of the roles which demonstrate how quickly Tilda Swinton can change her cinematic masks. She gets inside the skin of a new character as swiftly as a model changes her clothes backstage. The somber and effortless acting portrayed by Tilda Swinton in many of her popular roles not only shows her dedication in preparing for a new movie but also the ease with which she does that. If you compare her performance in the offbeat-romantic film The Curious Case of Benjamin Button (2008) to her role as Gabriel in Constantine (2005) and then to The Ancient One in Doctor Strange, you’ll appreciate the different personalities she has donned during her long career.

This guy hands-down has to be one of the most recognized and respected actors in Hollywood right now. Before tragically passing away in 2008, he played the iconic character of Joker in the movie The Dark Knight (2008) that made him a globally recognized actor. Little does the audience know, however, that Heath has been showing his penchant for acting for a long time. He has starred in many offbeat movies like The Patriot (2000), Casanova (2005), and A Knight’s Tale (2001). In Brokeback Mountain (2005), he played the role of a homosexual man who had always hidden from the world around him. When you compare his role of Joker to the chick flick 10 Things I Hate About You (1999), you can visualize the real spectrum of his acting skills. Heath Ledger’s most notable achievement as a master of disguise, in my opinion, is the character of Joker. Even after seeing him in many other movies, I couldn’t recognize him in that role. He reached so deep into the character of Joker that he forgot himself and set an impossible standard for his followers like Jared Leto and Joaquin Phoenix. Too bad for us that he is no more to create more historic roles like that.

With every movie, Johnny Depp brings a new character, a new persona to life. Being an accomplished master of disguise, he not only imbibes a new role with every movie but also makes it uniquely his own. Be it the quirky and one-of-its-kind acting as Jack Sparrow in the Pirates of Caribbean franchise, the craziness of Mad Hatter in Alice in Wonderland (2010), or the Gothic aura of Edward Scissorhands (1990), Depp has always been an absolute expert in impersonating a new spark with every new role. Of course, it can be pointed out almost all his characters -the famous ones mainly- revolve around a common theme of eccentricity and unorthodox behavior. But it doesn’t take away the fact that he invests a lot in each of his movies, which we as audience experience on the big screen day in day out. He is no doubt an accomplished master of disguise and a true chameleon of Hollywood.

Check Out My other Articles Here: