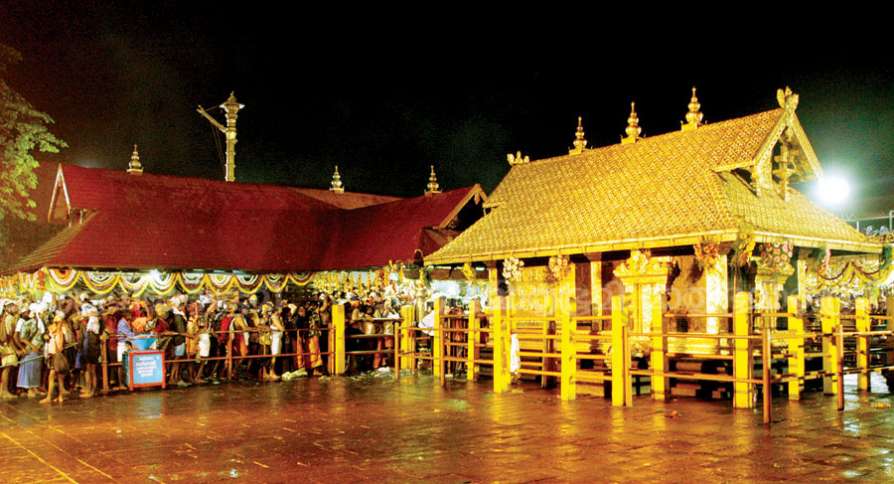 Let’s talk about the Sabarimala temple because why not?

I saw this guy’s video when the Supreme court’s ruling on Sabarimala temple came forcing the Sabarimala temple board and priests to allow women to enter. Although my initial stance was in line with Supreme Court, after watching the video I was forced to think.

The Sabarimala temple controversy has been a hot topic in the Indian diaspora the past year. Before I put forth my point of view in this matter, I would like to delve deeper so I -and hopefully you with me- can understand the whole issue before passing any judgment.

To summarize, Sabarimala controversy pertains to the denial of entry to the women between a certain age, which has been followed as a tradition in the said temple of Lord Aiyyappa in Sabarimala, Kerala for many centuries. The upsurge of the feminist movement in India has led to many similar incidents where temples have had to allow women entry for fear of retaliation from feminist groups and/or court decisions. This is just to give a premise and not any far-reaching opinions on the other topics.

In the same regard, Sabarimala temple and its restrictions on women’s entry were presented as a detestable doctrine and a ritualistic dogma that had to be struck down. The parties involved were the feminist groups and activists that mostly included the women of Kerala who wanted to enter the temple and questioned the restriction under the Right to Equality. The other party involved was the Board of Sabarimala temple under which the priests rallied against the other parties to defend the rituals they had been observing for many centuries.

However, when I did some digging -that every person should do while speaking about a topic- I realized that this issue is entirely different. Sabarimala temple is devoted to a deity who was himself Brahmachari. Lord Ayyappa is a deity who, during his lifetime, took a vow of celibacy so devout that he didn’t even allow himself to be in the presence of women. So the question I asked myself and would like to everyone is that: If we can allow nuns to follow their religion and celebrate celibacy and if we allow priests and priestesses of Hindu temples to practice Brahmacharya why not a God? Why can we not allow God the same rights as humans? Does God not have the right to reject opposite sex advances due to his/her own belief?

To people who might say that God is not real, I would like to ask another question. If the deity in question is not real, why then do you want to go into the Sabarimala temple? If you believe in the deity, you have to believe in the entire myth and stories it comes along with or not at all. Believing in a deity and his/her story is not subject to convenience. If you believe in everything the deity stands for, then you should also believe and respect the god’s decision to practice celibacy.

India is not a country of discrimination and never has been. Hinduism or to be accurate Sanatan Dharma has never in its history of 5000+ years discriminated against women. I won’t speak about Sati tradition because that is not a part of the Hindu tradition and is just a bigoted agenda practiced by people who had no inkling of what Hinduism is or what it stands for. India is a country that has been worshiping women for millennia and has put them up on the highest pedestal possible. For instance, in Shakti sect, Mata Adi Shakti is considered the source of every life in the universe, including the trinity of Hindu pantheon – Brahma, Vishnu, and Mahesha.

Now let me ask you a final question. Why do you want to go inside the Sabarimala temple? If it is to worship the deity, then shouldn’t you consider the wishes of the deity himself? And if you’re just going to prove that Right to Equality allows you to go wherever men can go, I respect your decisions and thought process but ask yourself. Aren’t their better venues to exercise that beautiful spirit and energy other than the humble abode of a deity who himself doesn’t want to meet you?

If Kamakhya Devi temple can restrict men from entering the temple, how can Sabarimala temple be considered inherently partial? Take a deep breath and ask these questions to yourself.